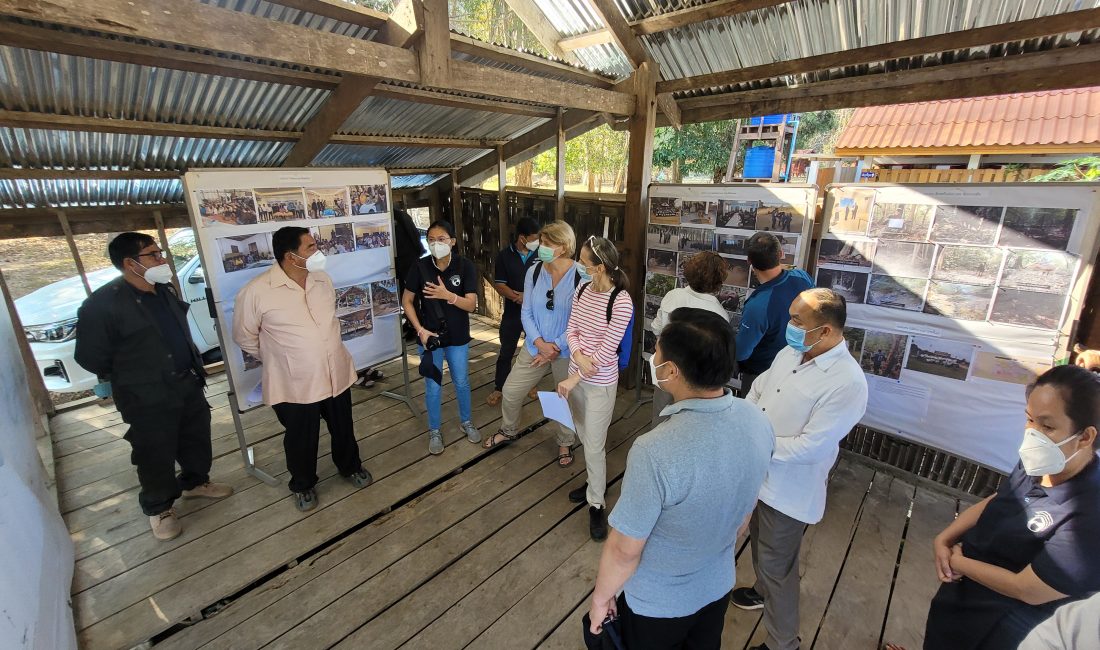 H.E. Ms. Knobloch continued her trip and visited a Forest Inspection checkpoint. At the checkpoint, technical officials explained how they monitor and combat illegal logging and wildlife trade activities. The officials use satellite technology to monitor illegal activities in the sustainable use zone of the Hin Nam No National Park. These monitoring and forest law enforcement approaches are supported by the Integrated Conservation of Biodiversity and Forests (ICBF) project financed by KfW.

The trip continued with a site visit to the proposed coal power plant. The delegation discussed with officials from the Government of Laos PDR about the current planning status and its impact on the neighbouring National Park Hin Nam No, which is currently enlisted to become a UNESCO natural World Heritage site. During this session, the Ambassador and delegation had provided some exchanges. The Ambassador recommended reconsidering the proposed location of the CPP site and alternative energy sources not to endanger the Nomination of Hin Nam No as a UNESCO natural World Heritage site.

In the afternoon of the same day, the Ambassador and delegation took boats along the Xe Bang Fai river to Nongping Campsite in Hin Nam No National Park. They got to see beautiful natural scenery and local livelihood along this vital river. This National Park has a conservation value of global significance. Accordingly, the Government intends to nominate it as Lao’s first and only UNESCO natural World Heritage site in partnership with Vietnam. In addition, it will frame a joint nomination for a transboundary extension of Vietnam’s existing World Heritage site, “Phong Nha-Ke Bang”. This nomination is a project of national pride that symbolizes Lao’s contribution to the heritage of humanity and a manifestation of the long‐standing friendship between Laos and Vietnam. The National Park and the nomination process is supported by the Protection and Sustainable Use of Forest Ecosystems and Biodiversity (ProFEB) project.

The delegation got furthermore introduced to Rural Infrastructure Programme. It is a Lao-German Financial Cooperation programme supporting the construction of rural roads to provide better access to the Hin Nam National Park and remote villages.