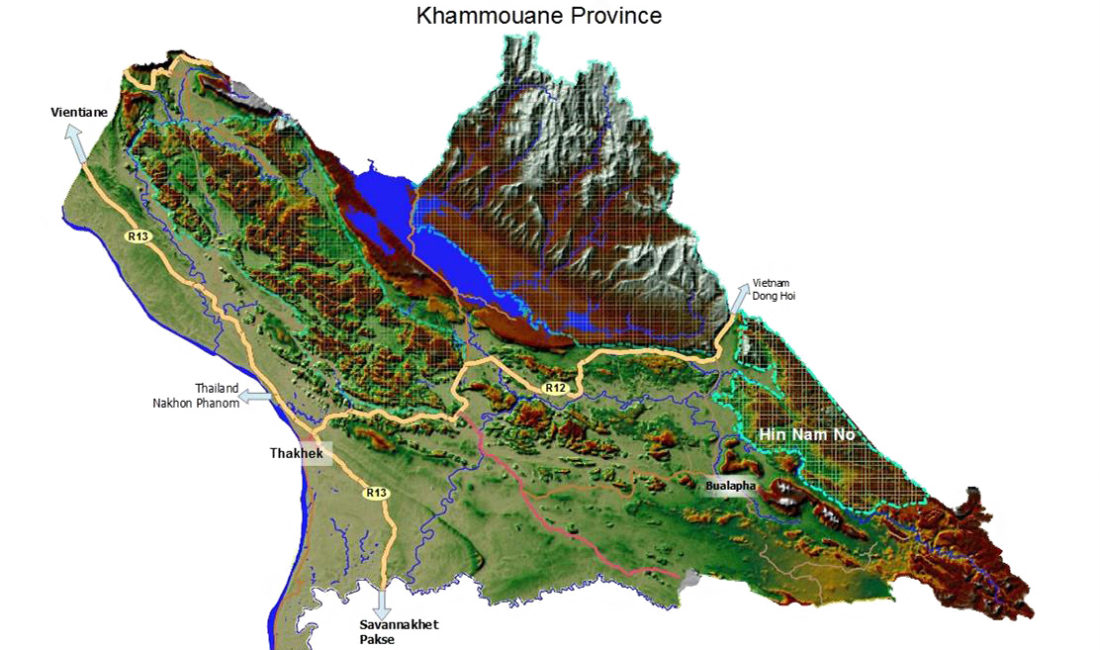 The Hin Nam No National Protected Area (NPA) finally becomes more visible to the public after a several years lasting discussion on an official logotype has come to an end. The new logo is now officially introduced.

First ideas for an own logotype for the protected area have been already proposed some years agoby the GIZ project on integrated nature conservation and sustainable resource management in Hin Nam No but could not be realised. As the Hin Nam No NPA is now on the stage of producing a variety of materials such as leaflets and posters about tourist attractions, signboards, ranger uniforms, park entrance tickets and a website, the need for a logohas become urgent.

The logo needed to be representative, easy to recognise and widely accepted amongst different stakeholders such as government officials. A competition was announced in order to speed up the process of finding an appropriate logo. From end of July until August, staff from the Provincial (PONRE) and District (DONRE) Office of Natural Resources and Environment was asked submit creative ideas. A committee, consisting of a professional media designer from Vientiane as well as the director of PONRE and the director of the respective GIZ project, evaluated the proposals. The three best proposals have been sent to a professional designer who made the final adjustments, refinements and digitalisation.

Now, the new logo is officially in use and will contribute to boost recognition value of the Hin Nam No NPA within Laos and abroad.