Hin Nam No Provincial Steering Committee took place in Khammouane to discuss the implementation of Hin Nam No National Park management and the progress of nomination processes. 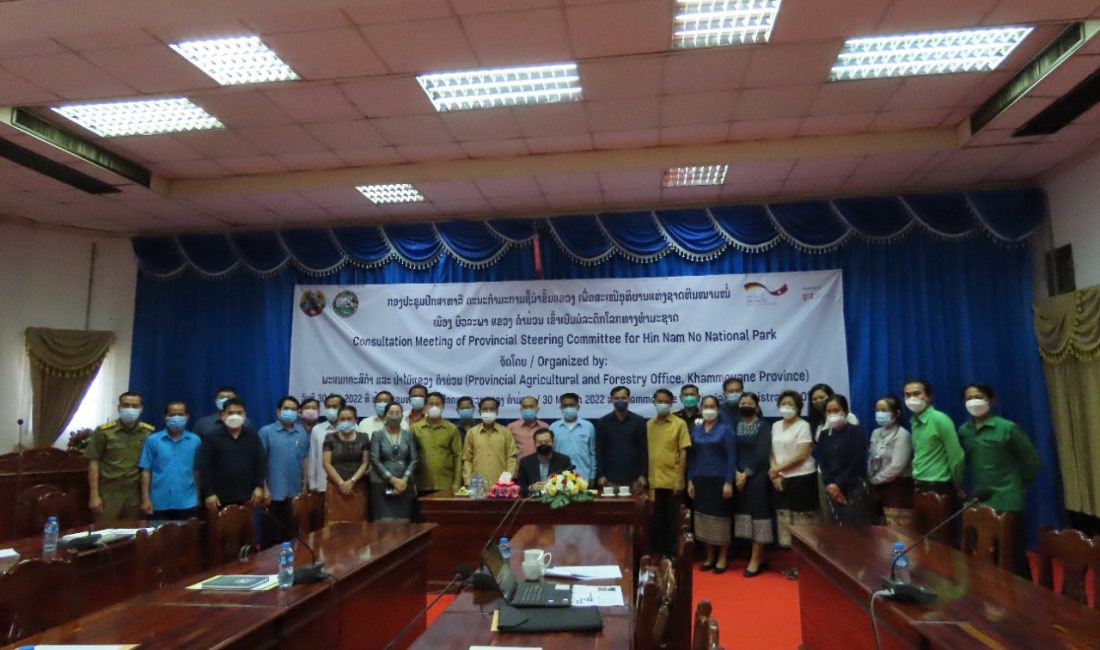 This meeting has agreed on several key issues:

1). Agree on the revision of Provincial Steering committee members and secretariat and their scope of work;

2). Agree on the continued cooperation with Quang Bing Province on the Transboundary Management Framework of Hin Nam No and Phong Nha-Ke Bang National Parks;

4). Agree that Hin Nam No National Park nomination as a World Heritage Site will be set as the priority of Khammouane Province.

Furthermore, any development projects that are likely to negatively impact the Hin Nam No Nomination Process will be raised to the Government at a higher level to ensure the nomination process is affected.