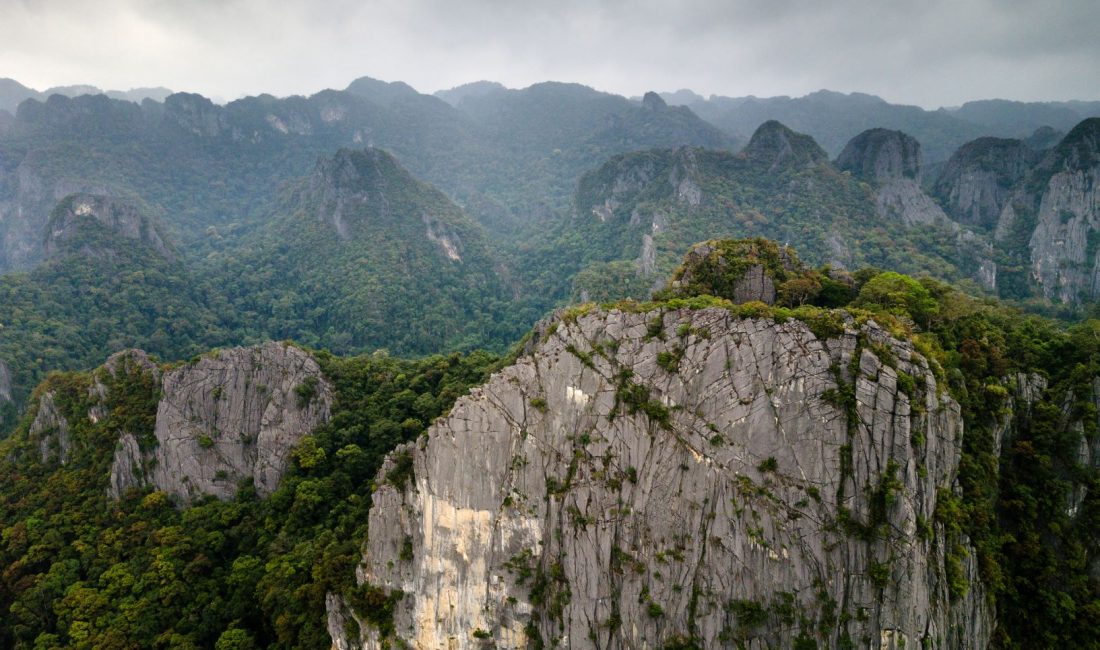 “The approval of the Lao government to proceed with the IUCN Green List certification for the Hin Nam No National Park is a big step toward our goal of having our national park obtain international recognition status and another important step towards UNESCO World Heritage nomination,” said Mr. Bounmy Phimmasone, Vice Governor of Khammouane Province.

Hin Nam No is managed by the Ministry of Agriculture and Forest and proposed for World Heritage status by the Ministry of Information, Culture and Tourism. Both processes are supported by the German Government thought the project “Protection and Sustainable Use of Forest Ecosystems and Biodiversity” (ProFEB), which is implemented by the Deutsche Gesellschaft für Internationale Zusammenarbeit (GIZ) GmbH.

“That Hin Nam No undergoes assessment for Green Listing at the same time as its sister-site, Phong Nha-Ke Bang is a great opportunity, because this way, the future transboundary world heritage site, as a whole, will fulfill the highest international management standards.” Mr. Phakhanxay Sikhanxay, Deputy Director of the Department of Heritage, Ministry of Information, Culture and Tourism. “As well as raising the international profile of Hin Nam No, Green List certification will set a precedent for other protected areas in Lao PDR,” he added.

The national park covers 94,000 hectares, mostly of pristine karst forests. Together with its “sister site” Phong Nha-Ke Bang National Park in Vietnam, it constitutes the largest protected tropical karst area in the world. Hin Nam No was designated a national park in January 2020 by prime ministerial decree and is acclaimed for its outstanding biodiversity and geological features.

“We look forward to working with the Hin Nam No National Park on getting the site added to the prestigious IUCN Green List,” said Jake Brunner, Head of IUCN’s Indo-Burma Group. Viet Nam’s Van Long Nature Reserve, a stronghold of the Critically Endangered Delacour’s langur, was the first protected area in Southeast Asia to be certified as a Green List site, in October 2020.

The site represents the most significant and essentially intact karst ecosystem within the Annamites Range Moist Forests, a Global 200 Priority Ecoregion. It still provides pristine forest habitats and therefore acts as a refuge for a vast biodiversity with more than 1,520 species of vascular plants and 536 vertebrate species. Among them the Critically Endangered Large-antlered muntjac, the Southern White-cheeked gibbon and the Red-shanked Douc langur. It also offers habitats to many endemic subterranean species in its vast cave systems, including blind fish, large spiders and scorpions, which only occur in this area. One of these cave systems is Xe Bang Fai cave, which is a contender for the world’s largest cave and a must-see for every visitor to Hin Nam No.

The decision for the Hin Nam No National Park to join IUCN’s Global Green List programme was made at the Khammouane Province Green List Inception Workshop in Thakhek on 26 January 2021. The event was attended by representatives from the Ministry of Agriculture and Forestry, Ministry of Natural Resources and Environment, the Khammouane Province Vice-Governor and other relevant agencies.

The national park will now be assessed in relation to an international standard that recognizes and improves successful area-based nature conservation efforts. The benefits of the Green List certification include regional and international recognition as part of a community of protected areas that demonstrate conservation leadership through commitment and action.

IUCN provides technical support to Green List members, helping strengthen park management and governance, and often results in increased funding. Such benefits will see the national park become a leader of conservation efforts in Lao PDR, setting a precedent for other protected areas. It will also assist its nomination to the UNESCO World Heritage Site programme.

IUCN is a membership union uniquely composed of both government and civil society organizations. Lao PDR has been a State member of IUCN since 1969. It harnesses the experience, resources, and reach of its more than 1,400 Member organizations and the input of more than 15,000 experts. This diversity and vast expertise make IUCN the global authority on the status of the natural world and the measures needed to safeguard it.