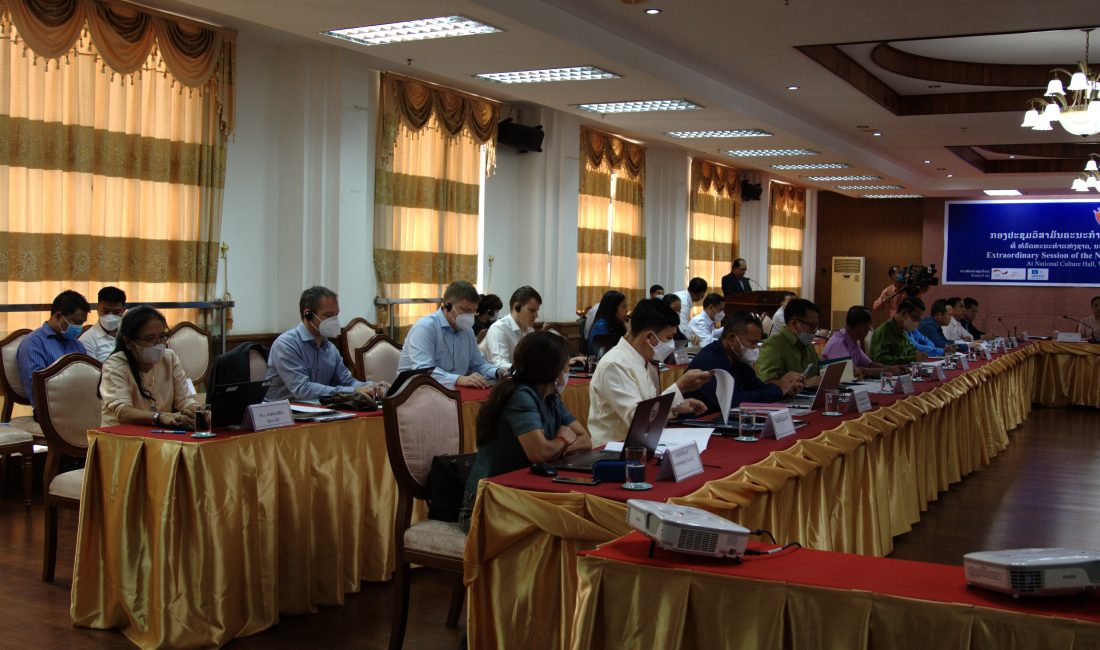 The Lao National Committee Meeting (LNCM) for the World Heritage (WH) took place on the 27 of September 2022 with a focus on the preparatory process of the draft Nomination Dossier for proposing Hin Nam No National Park as a transboundary extension to Phong Nha-Ke Bang. This meeting was chaired by the Minister of the Ministry of Information, Culture and Tourism and the President of the LNC for WH, with the representatives from relevant ministries and departments, including the Vice Governor of Khammouan Province, the Governor of Boualapha District, and the representatives of different offices from Khammouan province, the Head of Hin Nam No National Park, the GIZ-ProFEB and IUCN.

The main objectives of this LNCM for WH were to update the progress Nomination Dossier process and the roadmap towards the submission timeline by the Department of Heritage and Department of Forestry with technical support from the ProFEB team.

The results of the LNCM for WH were the consent by the government of Laos to submit the Nomination Dossier to the World Heritage Centre, in particular, key outputs and activities to be finalized or delivered based on the roadmap set. In addition, the discussion on the development and infrastructure in this significant future heritage property was discussed with the responses on the mitigation measures by the relevant sectors and authorities.