Sustainable resource management in practice in Hin Nam No 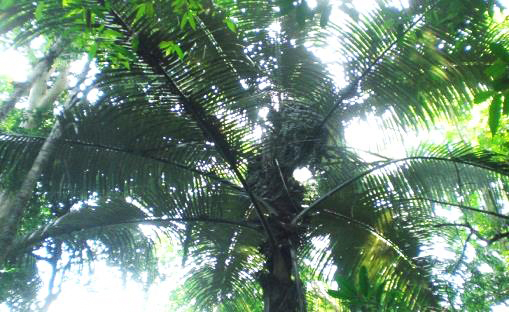 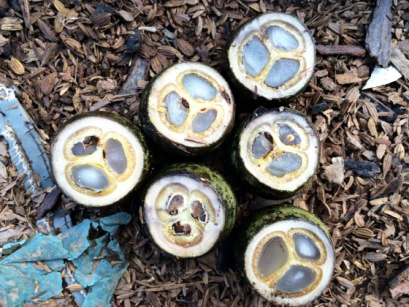 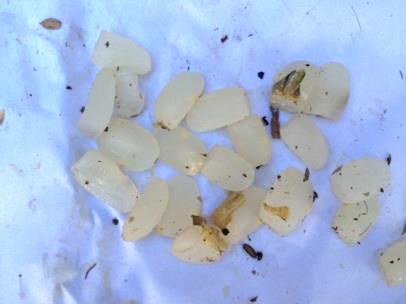 The mature Maktao palm tree bears fruits which contain three endosperms each. These endosperms are the sellable product

The Maktao sugar palm is an excellent example for such product. The fruits of the Maktao palm are a popular ingredient in sweets and deserts throughout Southeast-Asia. Lao PDR already exports over 1,000 tons per year to Thailand. Maktao can take up to 16 years of age before the plant starts flowering. Once the tree starts bearing fruits, it dies within 1-2 years. Sustainable production can only be achieved by maintaining wild populations with plenty of younger trees that constantly replace the older trees.

Large amounts of Maktao trees can be found in the mountains bordering the Hin Nam No area. None of these trees are harvested commercially, due to the remoteness of the area. To evaluate the sustainability of harvesting Maktao in the Hin Nam No area, a resource survey was conducted in Junewith the help of seven villagers from the neighbouring province Bolikhamxay who are experts in Maktao production and management.

Now the results are ready. They show that the area surrounding Hin Nam No park is truly suitable for producing and cultivating Maktao in a sustainable and environmental friendly way. The production potential of the treesnow fruitingcan be estimated to be 508 tons for 2015. The distribution over the age classes is fairly equal, indicating a robust population where the mature trees that die every year will be replaced by an equal number of younger trees. But the densities of trees estimated to be aged between 7 and 15 years old are lower than those of the very young and very old trees. This means that over the next three years, there is likely to be a decline in the number of harvestable trees, but that number will recover within 10 years when the trees that are now 10-12 years old will start to bear fruit.

As Maktao is highly demanded in the domestic market as well as in Thailand and Vietnam, the income potential is high. The harvesting season for Maktao is from January to March. One household could work during this period and harvest around 2070 kg of Maktao, resulting in an income of 6.1 million kip (610 EUR). This compares quite favourably to the baseline cash income in the three villages surrounding Hin Nam Na of 2013, which ranges from 0.34 million LAK in Nam Chala villageto 10 million LAK annual income per household in Nyavet village. Therefore, an additional income of 6.1 million LAK would increase household cash income significantly.

The main challenges remaining is to get the agreement from the district authorities to issue a quota allowing trade in Maktao and for the villagers to find a trader who will be willing to invest in organising transport and buying the product. To facilitate the process, the Hin Nam No project will organise a workshop around the quota policies as well as value-chain survey to identify potential traders. At the same time, the three communities will be assisted in forming producer groups and receive further training on sustainable Maktao harvesting and resource management.